The skin around your eyes is thinner and more delicate than the rest of your face. As a result, it is less prone to wrinkles and wear.

Wrinkles around the eyes, sagging eyelids, bags under the eyes, and dark circles under the eyes can all be caused by factors such as aging, smoking, and alcohol consumption, as well as stress. These issues make a person appear tired, sleepless, and old, and eyelid aesthetics (blepharoplasty) procedures are required to correct them. Sagging or bagging of the upper eyelid causes a narrowing of the visual field in people, in addition to aesthetic concerns.

Skin thickness, amount of fat in the eyelids, and muscle structure should all be assessed prior to blepharoplasty.

Blepharpolastine should only be performed by doctors who are experts in the field and have a thorough understanding of the anatomical and neurovascular systems of the eye. 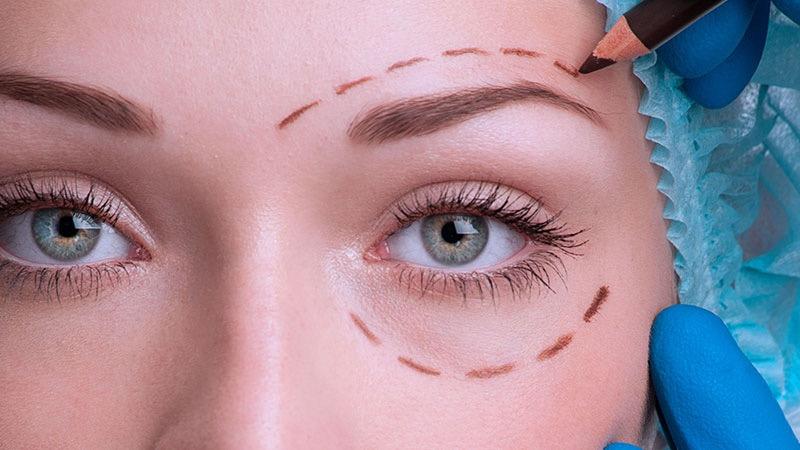 All surgical applications performed by plastic surgeons in the form of removing sagging skin and excess muscle tissue from the skin and stretching the eye area are referred to as blepharoplasty (eyelid aesthetics). Blepharoplasty is used for more than just cosmetic reasons. It is a very effective way to improve vision quality when the eyelids are drooping excessively.

Skin naturally sags as a result of the aging process. The eyelids are bagged at the same time, and skin discoloration, laxity, and wrinkles are visible. Air pollution, an irregular sleep schedule, excessive smoking and alcohol consumption, and excessive sun exposure all contribute to skin aging.

Local anesthesia is used for blepharoplasty (eyelid aesthetics). It is only very rarely possible to perform it under general anesthesia. In a typical operating room setting, it takes between 1-3 hours. The surgery is performed on an outpatient basis and does not require hospitalization.

How is Blepharoplasty Performed?

It is performed by making an incision inside the eyelid if there is no excess skin on the lower eyelid and it will only be used to remove under-eye bags. If excess skin and adipose tissue need to be removed, a different technique is used from the bottom of the eyelashes to the crow's feet. A small red scar forms on the sides of the eyes as a result of this method. There's no need to be concerned; this scar will fade over time and can be easily concealed with make-up.

The procedure is carried out under local anesthesia. Swelling and bruising are to be expected following surgery. Within two weeks, the swelling and bruises will be gone. The sutures that were used during the operation are removed four days later.

How is upper eyelid aesthetics performed?

Eyelid drooping surgery is the process of removing excess skin and muscle tissue from the skin by cutting the eyelid. The incision is made from the eyelid line so that the scar is not visible after the surgery. When combined with forehead lift and eyebrow lift procedures, a very lively and youthful appearance is obtained.

How is lower eyelid aesthetics performed?

During youth, the fat pads on the cheekbones shift downwards with the effect of aging and gravity. Because of this situation, the lower eyelids collapse and the nasolabial (laugh lines around the mouth) deepen.

It may not be necessary to apply anything to the lower eyelid after the fat pad procedure. The lower eyelid is re-examined for sagging and a re-examination is performed. If this is the case, the skin is lifted first, and the fat pads in this area are spread out to the under-eye pit as needed. The excess skin and muscle are then cut and removed from the skin, and the procedure is finished. If the sunken image under the eye persists after surgery, an oil injection can be done once the healing process is complete.

Antibiotic eye ointment and ice are applied to the operated area after eyelid surgery. The patient is kept under observation for two to three hours. After surgery, there is no need to close or tape the eyes. There is no need for hospitalization if no problems arise. On the same day, the patient may be discharged. Ice should be applied intermittently between 48 and 72 hours after discharge.

For a week, apply antibiotic eye ointment to the operated area every morning and evening. Swelling and bruising are common, and they can last anywhere from a few days to a few weeks. The first 2-3 days after surgery should be spent resting and some activities should be limited in order to improve the recovery rate. Bending, lifting weights, and taking long walks, for example, are not recommended.

Water should not come into contact with the operated areas for the first 4-5 days after the operation. The stitches are removed one week after surgery and do not require any additional care. After the wound becomes redder and tighter after 4-6 weeks in any incision, a rapid remodeling phase begins, and the previously indistinct scars become invisible within weeks. 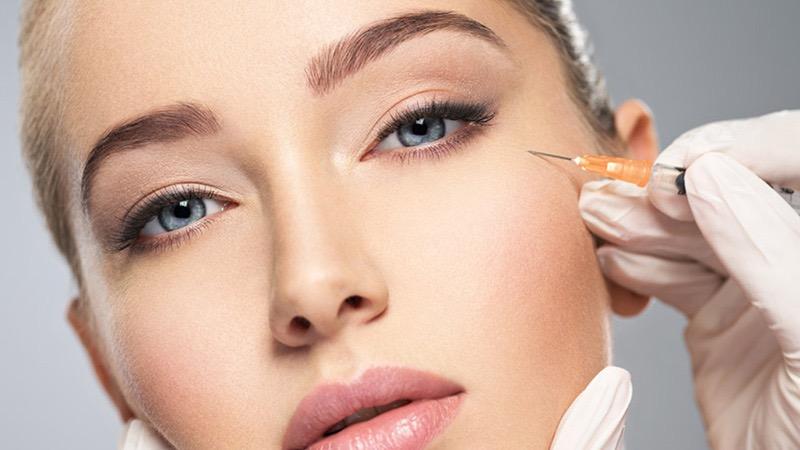 Who is suitable for this operation?

This procedure is appropriate for people who are 30 years old or older, have sagging and bagging on their lower and upper eyelids, and do not have any health issues.

How is the operation performed?

The surgery is done by making an incision on the upper eyelid and removing the excess skin from the skin. An incision is made under the eyelashes to remove excess skin and adipose tissue from the lower eyelid. Local anesthesia or intravenous sedation are used for this procedure. Both the upper and lower eyelids can be operated at the same time if the patient requests it. This procedure takes about 1-3 hours on average.

Is the postoperative period difficult?

In general, the postoperative period is pleasant. Swelling and bruising around the operated area are to be expected. In the eyes, you may notice dryness, a burning sensation, and tenderness. It's also not unusual to be bothered by light. The patient may not be able to completely close his eyes in the early days. After the operation, an ice compress is applied to reduce swelling and bruises, which disappear within 1-2 weeks.

When can I return to daily life?

There is no need for the patient to stay in the hospital after the operation because he or she is discharged on the same day. The stitches are removed after a week, but the patient can resume normal activities after three days, with the exception of strenuous physical activity. If he wears contact lenses, he can resume wearing them after two weeks.

Is it necessary to repeat the blepharoplasty operation?

The effects of such aesthetic procedures are long-lasting. The new shape of the eyelids is determined by factors such as the patient's lifestyle, frequent weight gain and loss, poor sleep, and diet after surgery. There is no harm in having the surgery done again if an annoying image appears on the eyelids.

What is the appropriate age for blepharoplasty?

Blepharoplasty can be done at any age (eyelid surgery). However, as with other cosmetic procedures, it is not recommended to have it done before the facial development is complete (before the age of 18-20).

However, because this surgery is typically performed due to genetic issues, it can be performed on people as young as their early twenties to improve eye health and vision due to drooping eyelids. The ideal age for blepharoplasty is when the patient is self-conscious about these issues.

Will there be any scars after blepharoplasty?

Many different techniques are used to perform eyelid surgeries. Because the operation will be performed through hidden incisions, there is no or very little chance of scarring if this surgery is performed by a surgeon who specializes in the field.

Blepharoplasty Before & After Photos 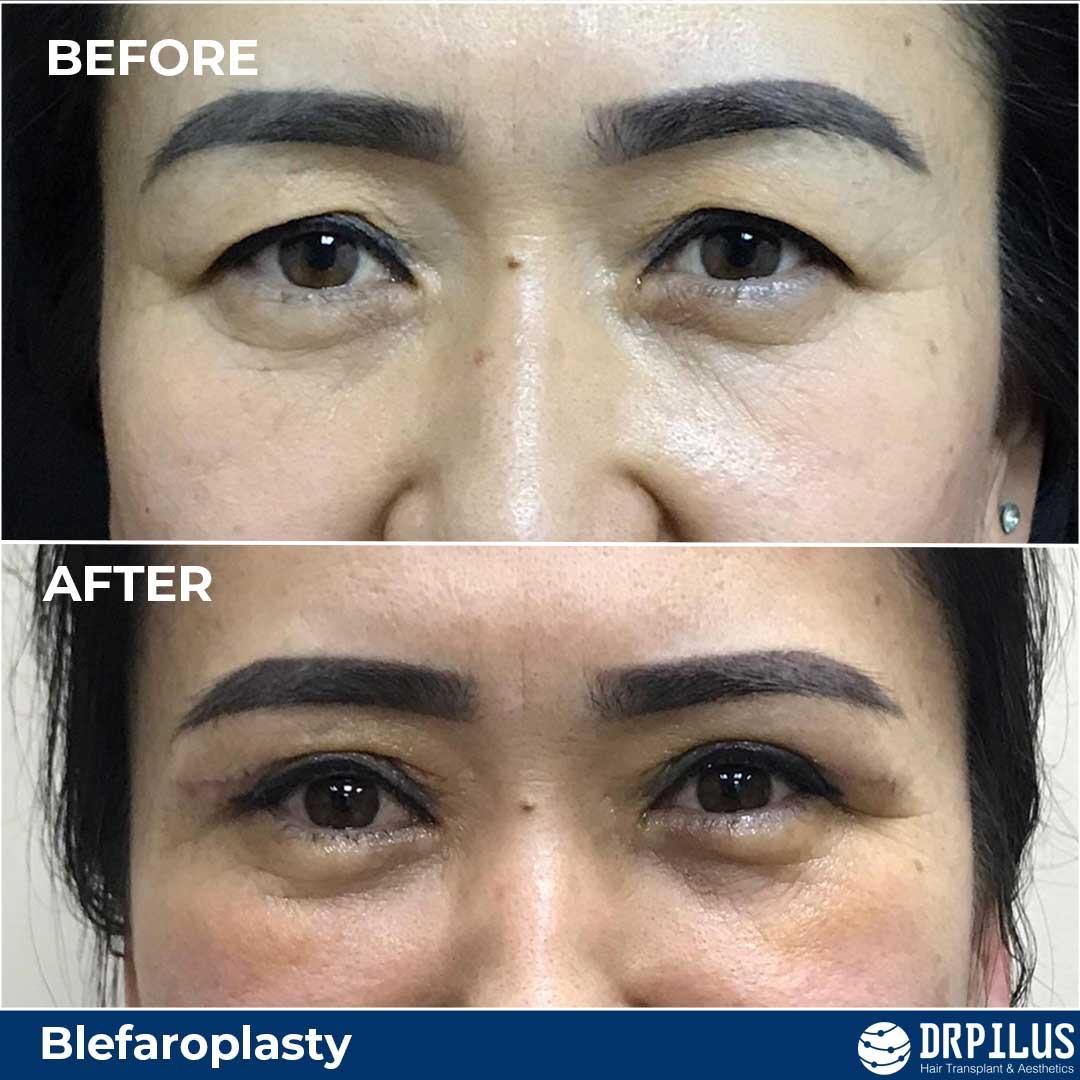 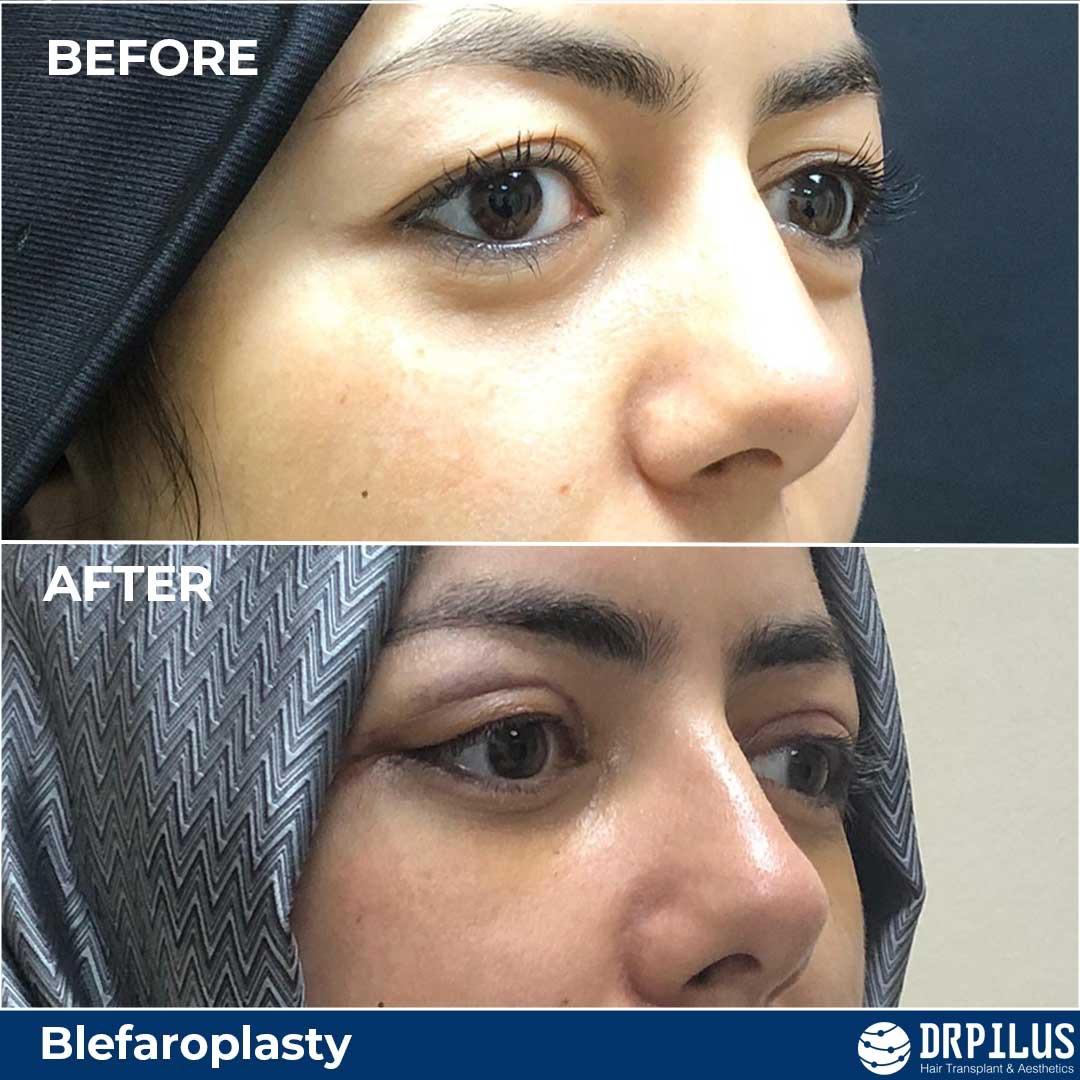 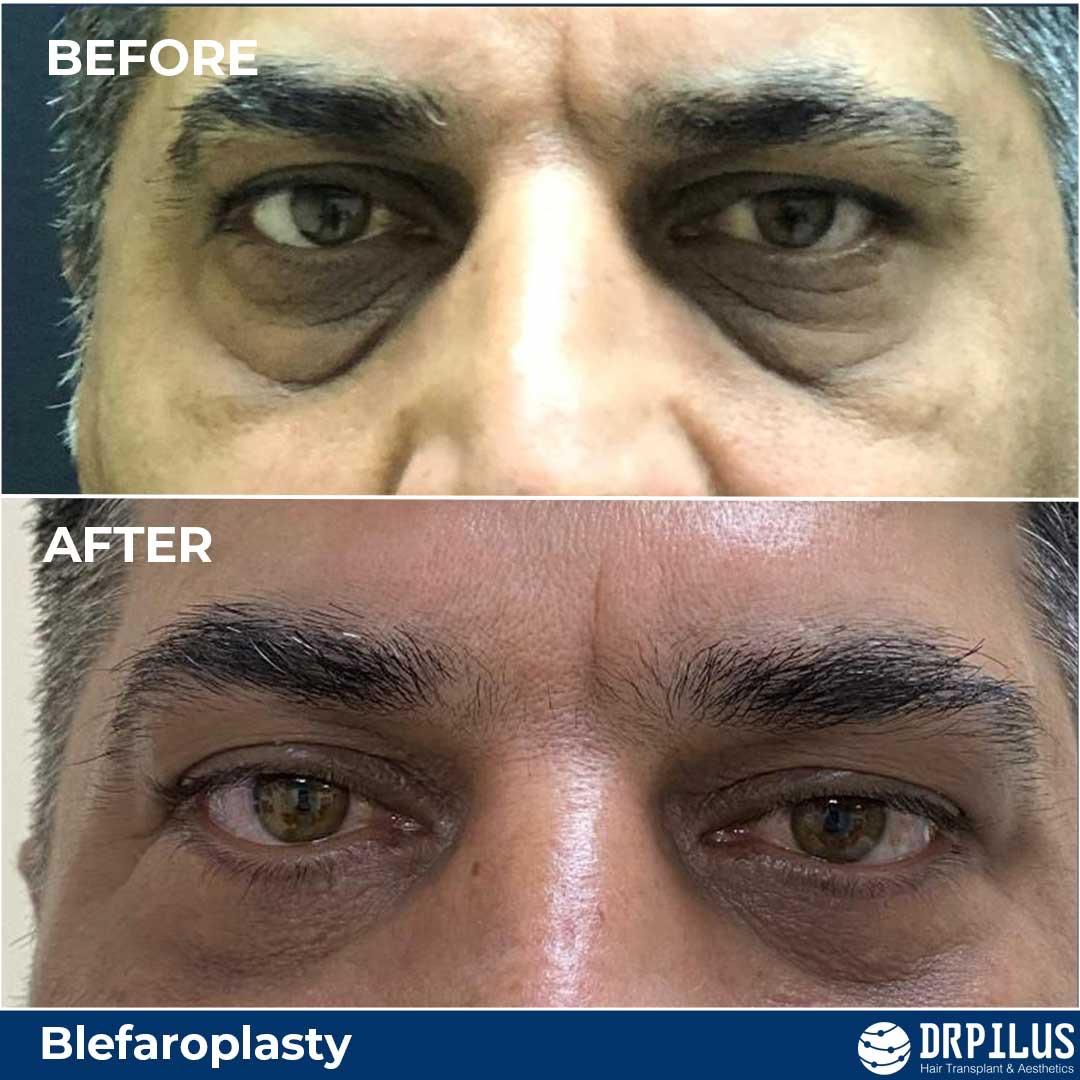 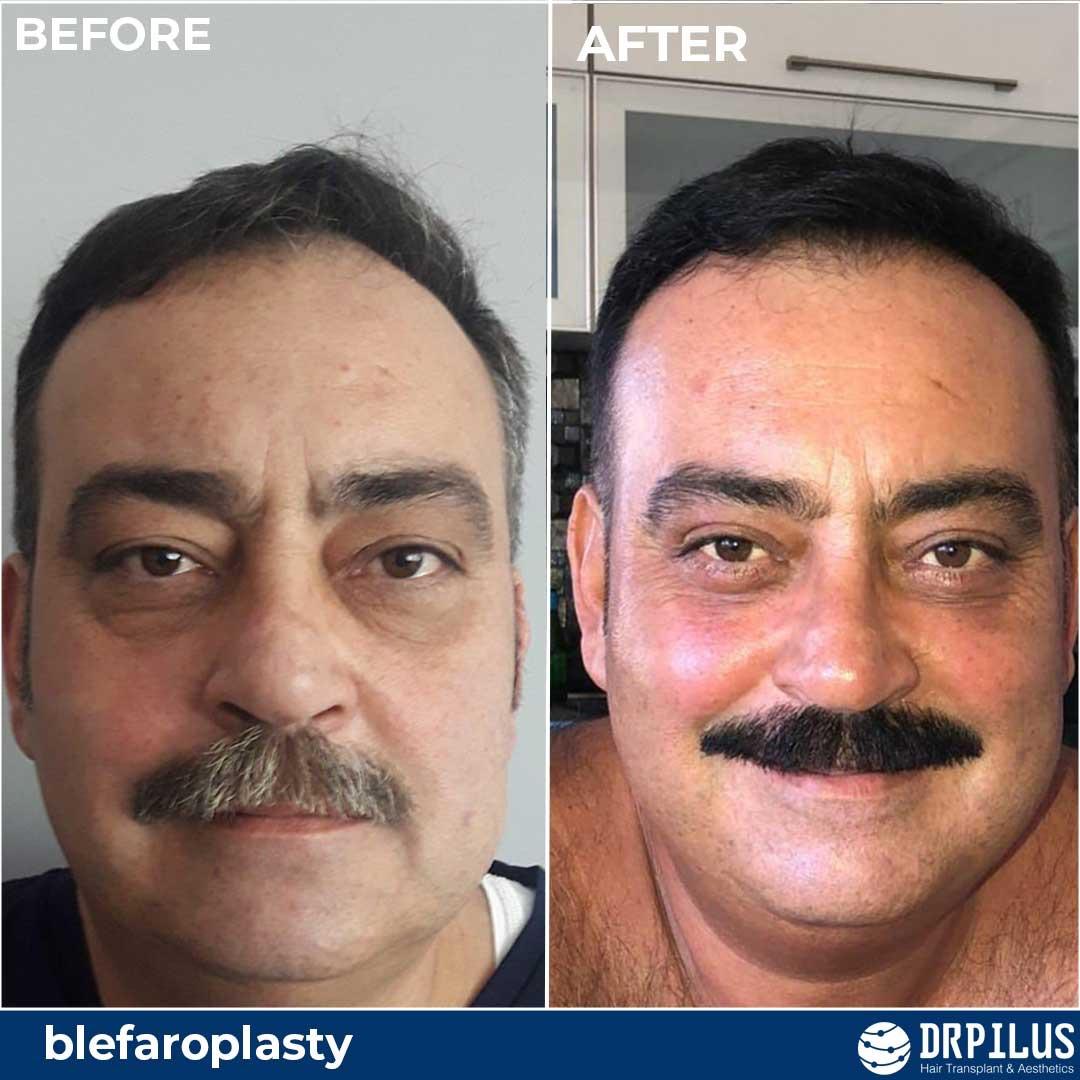